Steve Martin, Martin Short and Selena Gomez will investigate suspicious characters for another season of murder, mystery and comedy mayhem in the Arconia. 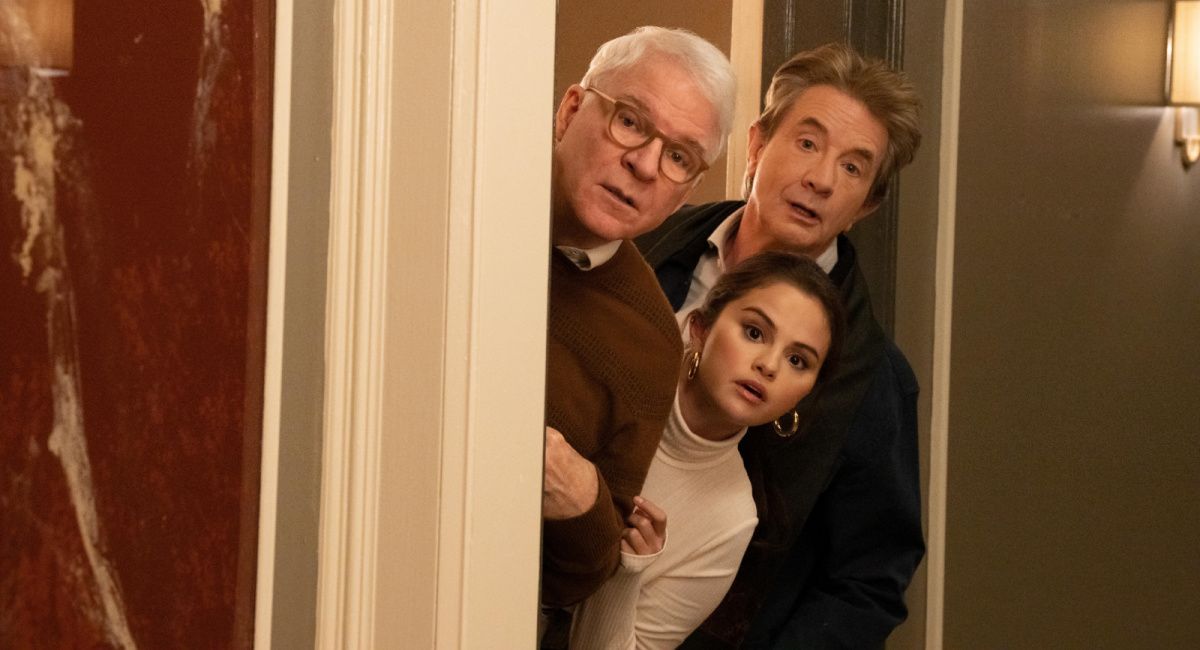 It’s a true sign of faith in a show when the company responsible for producing it announces a new season even as the current batch of episodes is still arriving.

Raise a cheer, then, for ‘Only Murders in the Building’, which has confirmed that it will be back for a third season as Season 2 continues to arrive weekly on Hulu.

Short is Oliver Putnam, a flamboyant theater director with a penchant for hummus and other dips, who is always looking for his next gig.

When they start investigating the murder of one of Mabel’s former friends, they decide to collaborate on a podcast to help chart the suspects. Soon, though, they’re dragged into it all on a much more personal level.

Though they cracked the case at the end of Season 1, they ended up as potential persons of interest in the suspicious death of grouchy building manager Bunny (Jayne Houdyshell). And, along the way, they make a number of enemies, including Nathan Lane’s local deli magnate Teddy Dimas.

Martin co-created the show with showrunner John Hoffman, while ‘This Is Us’ boss Dan Fogelman is involved as a consultant. The series has won plenty of praise and awards and is expected to feature in the Emmy nominations this year. The renewal is hardly a surprise, given all the buzz around the first season.

“‘Only Murders in the Building’ is the true crown jewel of our slate,” says Craig Erwich, president of Hulu Originals and ABC Entertainment in a statement announcing the show’s renewal. “Its appeal across generations, the intersection of humor and heart, and its truly original approach are a hallmark of and testament to Dan, John, Steve, Marty and Selena’s work. We are grateful to be able to continue telling the stories of Charles, Oliver and Mabel to viewers that have consistently shown us they crave more of this story.”

‘Only Murders in the Building’ Season 2 is currently arriving weekly on Hulu every Tuesday. Season 3 should be on screens next year.

'This Is Us' Renewed for 3 More Seasons on NBC

'This Is Us' Cast and Crew Tease 'Sprawling' Season 3 Finale, Season 4

'This Is Us' Producers Tease Toby's Flash-Forward Clue

'This is Us' Will Film in Vietnam For Season 3